The first round goes to the challenger. Cuban Olympic gold medalist Odlanier Solis weighed in at 247 lbs. and was a lot lighter than most fans and experts had expected at today’s official weigh-in for the WBC world heavyweight championship tomorrow (Saturday, March 19th) in Cologne. While Vitali brought his …

END_OF_DOCUMENT_TOKEN_TO_BE_REPLACED

Not since Jack Dempsey’s Broadway Restaurant closed in 1974 has a heavyweight champion graced The Great White Way; until this week. Epix will present the closed captioned simulcast of the Vitali Klitschko vs. Odlanier Solis WBC heavyweight championship on a jumbotron screen in Times Square (Broadway at 44th St.), This …

END_OF_DOCUMENT_TOKEN_TO_BE_REPLACED

Lateef “Power” Kayode figures it’s just a matter of time before he is stopped by a stranger beyond the corner of Hollywood Blvd. and Vine near where he lives and is recognized for knocking people out in the ring. The Top-10 world-ranked undefeated cruiserweight and Freddie Roach-trained Kayode (14-0, 13 …

END_OF_DOCUMENT_TOKEN_TO_BE_REPLACED

Gary Shaw announced today that undefeated Cuban super featherweight prospect Luis Franco has joined the roster of Gary Shaw Productions. Franco, 28, was a member of the 2004 Cuban Olympic boxing team and has over 400 amateur bouts under his belt, including two victories over WBA featherweight champion Yuriorkis Gamboa.

END_OF_DOCUMENT_TOKEN_TO_BE_REPLACED

Site Writers: (Click name to view all that writers work) 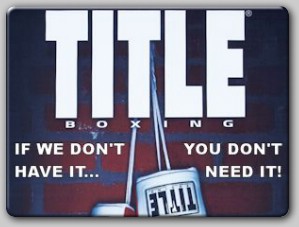