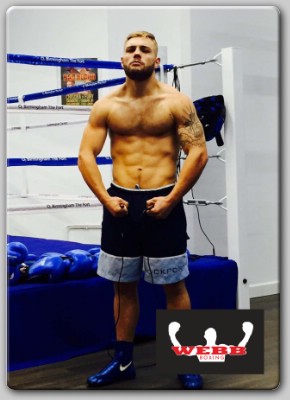 On the card, Solihull Super-Welterweight, Jordan Clayton, is looking to get his third pro win (of three) as he battles Lithuanian opponent Andrej Cepur in a four round contest. The twenty two year old is a former two times Midlands Area and two times Northern Area Amateur Champion.

In preparation for his fight, the Paul Webb-trained Birmingham man has sparred with some quality opponents in the form of Frankie Gavin, Danny Butler and Jack Catterall. After a stop-start to his boxing career, he’s looking for a good win tonight to get him on track.