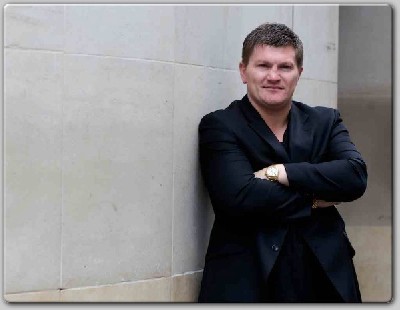 Ricky Hatton has announced his retirement from professional boxing following a glorious career which saw him win world titles at light-welterweight and welterweight.

‘The Hitman’ will now concentrate on continuing to build Hatton Promotions that has produced many champions in just over two years.

Hatton, 32, who retires with an impressive 45-2 professional record is now recognised as one of British boxing’s most popular fighters ever and best loved sportsmen.

More than 35,000 fans travelled to Las Vegas to watch him fight Floyd Mayweather Jr in December 2007. A few months later a British record crowd of 58,500 packed into Eastlands for his homecoming and witnessed his triumph against Juan Lazcano.

Ricky last boxed back in May 2009 when he was defeated by Filipino great Manny Pacquiao in Las Vegas.

In 2006, Hatton’s was awarded a MBE in the New Year’s Honours list in recognition for his boxing achievements and charity work

Hatton said: “After a lot of soul searching over the last couple of years I have finally decided to confirm I will never box again and there will be no coming back.

“There have been so many times since the Manny Pacquiao fight when I have woken up and thought I would give it one more go, but it was not to be.

“There have been amazing highs and although I always wanted to be a world champion I went beyond my wildest dreams.

“Beating Kostya Tszyu was my greatest triumph, but there were plenty of other great nights and memories.

“It seems endless and when I look at my record the only men to beat me were Manny and Floyd – still number one and two in the pound for pound lists on the day I retire.”

Hatton has a son Campbell and will become a dad for the second time later this year when his partner Jennifer Dooley, gives birth.

Hatton added: “Since I put on the gloves as a ten-year-old in Hattersley boxing has been my life and still is.

“My promotional company is going well and I am looking forward to taking one of my fighters on a similar road to me.

“People say no fighter will ever have the fan base I had, but one of my aims is to make sure one of my boxers gets a bigger one and achieves more than me.

“Away from boxing, I have so much to look forward to. My son Campbell, is a boy any parent would be proud to call his lad and is growing up so fast I wonder where the years have gone.

“I am about to become a dad for the second time and that cannot happen quickly enough. Jennifer and I are so excited. She is my rock.

“There are so many people I want to thank for supporting me throughout my career and who made ‘The Hitman’s’ journey possible.

“My family were there for me every step of the way, my Mum and Dad, brother Matthew, my amateur trainers Ted Peate and Paul Dunne who taught me to box, my agent Paul Speak, my lawyer Gareth Williams, the British Boxing Board of Control and everybody at Hatton Promotions.

“Sky TV has been fantastic to me and I look forward to continuing my association with them as a promoter, the British media were fair and the local BBC and Granada followed me to Las Vegas.

“As bigger thanks as any must go to the fans that would never stop singing and so often turn Las Vegas into a corner of England.

“Thank you all, but the fighting in the ring is over and I look forward to seeing old friends and meeting new friends on my journey as a promoter.”