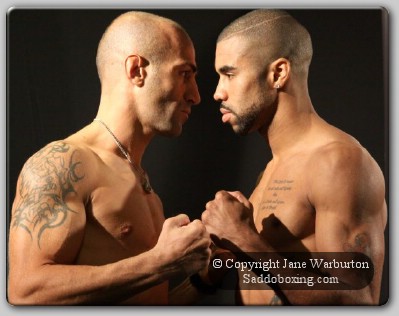 Today at the Gateway Hotel in Nottingham, England, promoter Frank Maloney hosted a press conference ahead of Friday’s fight night at the Harvey Hadden Leisure Centre, in which Leicester binman Rendall Munroe will defend his European super bantamweight title for the fifth time.

Unable to speak English, Maludrottu answered questions via an interpreter, who sat between Maludrottu and his trainer.

The press conference was well attended and Mr. Maloney gave everyone a laugh when he wore a pair of specially made ‘Elton-John Style’ glasses!

Listen to the audio here:

Previous Boxing Perspective: They Came, They Tried, But Did They Succeed?
Next Al Bernstein On Boxing: Best For Last In Stage One?