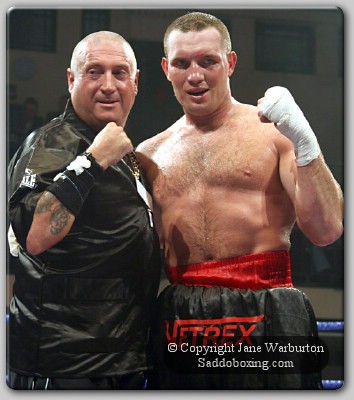 This Saturday night, at the Veltins Arena, Gelsenkirchen, Germany, Vitali Klitschko will defend his Heavyweight Title for the sixth time against London-based Polishman Albert Sosnowski.

Promoted by K2 Promotions and Klitschko Management, the event - billed as ‘Fists of Steel’ – is sure to be a ‘glitzy’ and ‘entertaining’ affair.

Vitali – aka ‘Dr. Iron Fist’ is confident of another great win to add to his lengthy list of victories (!) while Albert ‘The Dragon’ dreams of becoming the first Polish Heavyweight Champion.

"Albert has a week of press conferences, media work-outs and interviews so will only be ticking over, training-wise, during the last couple of days but still keeping sharp,” Johnson said.

“Albert totally respects Vitali as a fighter and as a champion, but believes that this is ‘his’ time and he will be going in the ring to ‘win’ this title. This is what he has been working towards since the day he turned pro.”

Sosnowski will no doubt be hoping to see a number of Polish fans in the 61,000 seat capacity football stadium at Gelsenkirchen . He may be the underdog – but we can be sure of bags of effort from the Brentwood based Boxer on Saturday night.