Matchroom Boxing: Can McArthur Pull Off A Classic Prizefighter Upset? 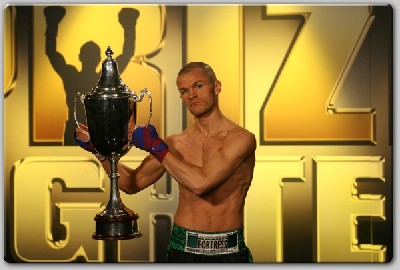 Gary McArthur says he is the danger-man in the line-up for Saturday’s Prizefighter Super-Featherweights live on Sky Sports.

McArthur faces Derry Mathews in the second fight of the night at the York Hall in Bethnal Green, east London, and should he get past the Liverpudlian, he will face the winner of the first quarter-final between The Mongolian Warrior Choi and Ben Murphy in the semi-finals.

On the other side of the draw lies unbeaten British champion Gary Sykes who faces Scott Lawton in the third quarter-final, meeting the winner of Steve Bell and Gary Buckland in the second semi-final in what organisers Matchroom Sport have already called the strongest line-up in the tournament’s history.

The 28 year-old from Clydebank has already appeared in Prizefighter when the tournament visited Glasgow’s Kelvin Hall in 2009 and his evening ended in semi-final disappointment after a clash of heads left him with a severe cut and a stoppage from the referee – that remains his only defeat so far in his 16-fight career and one he is keen to avenge in London.

“I don't believe that anyone else in this line-up is better than me and that's why I wanted to be in Prizefighter,” said McArthur. “There's no easy contest on the night and I know that no-one will want to face me - I will take any of them on with real confidence and I have unfinished business in Prizefighter.”

“There's a lot of fighters out there that are happy to just stroll along, fighting journeymen and keeping an unbeaten record but you are in this game to fight the best and be the best,” said McArthur. “I don't want to keep a half-decent record going, get a shot and fall short - I want to get there straight away and winning Prizefighter would put me to the top of the queue.”