Two of the most popular Mexican fighters of their generation, Morales and Barrera both offered special insight into what it takes to match up against Pacquiao. A former four-division world champion, Morales faced Pacquiao three times, winning once, while Barrera, a three-division champion, battled Pacquiao twice, losing both contests.

A long-reigning 154-pound world champion during his career, Wright is from the same Tampa-area that Thurman hails from and has known Thurman since childhood. He was also trained by Thurman’s head coach Dan Birmingham.

Porter and Thurman engaged in one of 2016’s most exciting fights, as Porter lost a narrow decision to Thurman before Porter went on to become a two-time welterweight champion last September.

Here is what the legends had to say Thursday from MGM Grand:

“To win that fight I was very technical against Manny Pacquiao and that’s what Thurman needs to do and be prepared for, which I was on that night.

“You definitely have to have a good strategy against Manny Pacquiao, and you have to have your timing right against him because he will slip out. So you have to work on that, and if he gets out, you have to start again and pressure him.

“I’m definitely surprised that Pacquiao is still fighting at this age, due to the fact that he’s been through so many wars. So it’s definitely interesting that he’s still fighting at this high of a level. Then again, I’m not surprised because mentally and physically he’s still training and still maintaining a great training regiment, which he has always maintained all throughout his career.”

“When you’re facing Manny Pacquiao, you know that he’s a strong, explosive, fast fighter. It’s very impactful when you see him there in front of you, but we have Morales here who was one of few men to beat him, so it is possible.

“It’s very difficult to face Pacquiao. He’s a lefty and sometimes he jumps a meter away from you and then he’s right back in front of you. I’m a fighter that’s very technical so that made it even harder to hit Manny Pacquiao.

“Pacquiao puts in a lot of pressure and is always on top of you. Psychologically it’s a tough fight to fight Manny Pacquiao at any time because you think that he is going to go back but then he switches it up. He maintains a constant pressure on you mentally.

“Pacquiao hits to the body a lot. When he hits that left right into the stomach, it’s devastating. That’s how he hit me in that first fight that we had. Now he’s fighting a younger guy, 10 years younger than him, he is really going to work the body on Saturday.

“At the end of the day we all get nervous when we go into the ring especially with such a big event. But once you get into the ring and start fighting, you start adapting to it and then the plan of attack that you have been training for comes into play.”

“When I first met Keith Thurman it was clear the incredible power this young kid had as well as his will to win. I think Manny Pacquiao is a great fighter and he will come out throwing a lot of punches, but I think Keith Thurman’s jabs and movements are harder than Manny thinks.

“Every fighter bets on himself or believes in himself. When I fought I bet on myself because I believed I was going to win no matter what. Keith is a fighter that believes in his ability. He believes that he’s going to go out there and knock Manny Pacquiao out. How he does it is a different thing.

“Manny is a fighter that’s in and out. He has great movement and can throw quick punches. He’s tough but father time is undefeated. Father time will get everyone. We were all great at one point but as you get older you lose that step and that one tenth of a second that took us from being great to being normal.

“That fight against Josesito Lopez allowed Keith to get his timing back and get back into the ring and remember what it feels like to get hit. Shawn put a lot of pressure on fighters. and most can’t see how much pressure he puts on. By seeing the fight with Shawn and seeing the fight with Lopez, Keith is showing you his diverse boxing game. A lot of people don’t understand that.

“Manny can hurt you, he throws a lot of good body shots, a lot of good strong shots and he can hurt you. But, I just think Keith is on his game right now. If he dictates Manny’s ability to jump in and out, then he can win this fight.”

“We all know what Manny has done. He’s a living legend and you cannot take that away from him. I think when the fight was announced everyone saw the young lion coming out and taking over, but I think that as people are started to look at this fight as a whole, they are starting to see that Manny Pacquiao is Manny Pacquiao. I think he’s the favorite to win this fight for a reason.

“Keith is not out of character at all this promotion. One thing about Keith is he does not say anything that he does not mean. He believes in everything he says. The confidence that you see coming from him now is very real.

“The number one thing about Keith is that he has the will to win. With 29 wins and 0 losses, he figures out a way to do it and I think going into this fight he says the way he is going to beat Manny is by destroying him and making him retire. He believes that he can do that within three rounds. I’m not mad at him. I’m a firm believer that he’s going to go out there and try to put the gas to the pedal really quick and try to get Manny out of there.

“Traditionally these kind of generation vs. generation matchups happen. It hasn’t happened in a very long time in boxing, but this is a part of the tradition. There’s always a guy that comes and takes over by taking out the guy who’s considered to be the legend. Since Mayweather has made his exit, everyone is putting Manny Pacquiao in that position again. 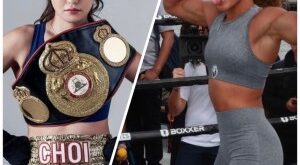 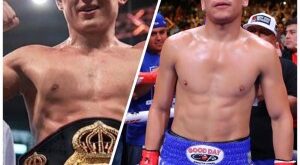 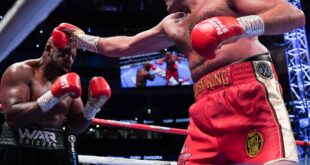 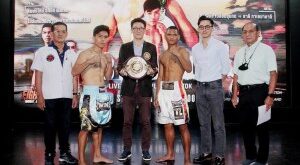