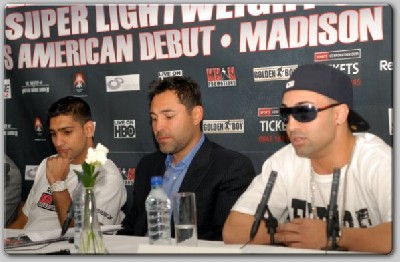 Khan – who will be under new trainer Freddy Roach and new management – Golden Boy Promotions, will make his American debut at Madison Square Garden on May the 15th.

The press conference saw a confident Khan and Malignaggi, with Oscar de La Hoya in attendance.