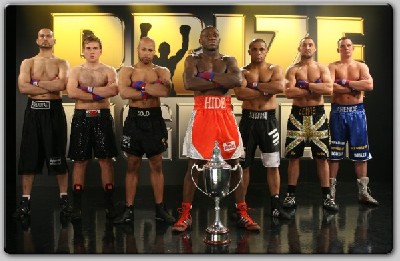 Herbie Hide will begin his quest for Prizefighter glory with a fight with Welshman Wayne Brooks.

Hide, 38, is the favourite to win Prizefighter Cruiserweights II, which will be held on Friday at the York Hall in Bethnal Green, East London.

Former WBO heavyweight world champion Hide is hoping to win Prizefighter and then fight for the WBC cruiserweight title. However, he needs to triumph at Prizefighter for that dream to become a reality and 23-year-old Brooks is the first of three potential opponents.

Brooks, a former amateur star who twice won the Welsh amateur title, is the youngest of the eight entrants and has won five of nine professional contests.

The winner of that could face former Commonwealth champion Darren Corbett in the semi-finals, as long as he beats Doncaster’s John Anthony in the third quarter-final.

A sell-out crowd is expected at the York Hall and the first fight of the night will be between Mark Krence, a two-time British heavyweight title contender, and inexperienced Zahid Kahut.

Four quarter-finals, two semi-finals and a final take place in one action-packed night with the overall champion claiming £32,000.

Each fight lasts a maximum of three rounds and a successful night in Prizefighter has catapulted previous winners to British, Commonwealth and European title fights.