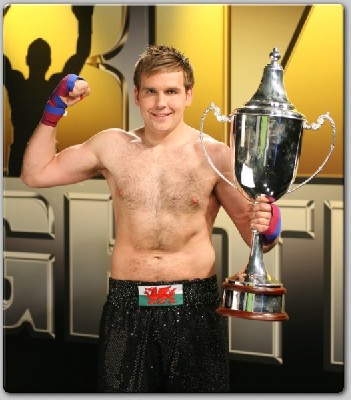 The pair are two of the eight contenders in Barry Hearn’s latest one-night Prizefighter tournament - Cruiserweights II – at the York Hall in London’s East End.

Hide, 38, has won 48 of 52 professional contests and is close to a shot at the WBC world title, while Brooks is a 23-year-old prospect who has only had five professional wins.

But they have been paired together in the quarter-final of Prizefighter Cruiserweights II and Brooks is eyeing up an upset.

“Beating Herbie Hide will be a massive scalp for me and I’m looking forward to fighting him,” said Cardiff-based Brooks. "It’s a privilege to be in Prizefighter but what a scalp it will be to beat the big names. It’s all about what happens on the night.

“Herbie Hide, Darren Corbett and Mark Krence have got a lot of experience and I take my hat off to them but they are all beatable. People will definitely under-estimate me but that will be the biggest mistake they make.

“I want to reach high levels in my career and this will boost my career. I’ve got nothing to lose and hopefully I can go out there and do what I’m best at and win. I’m in it to win it. I’m young, fit, keen and hungry and I’m not here to lose - I fancy my chances.”

Brooks has suffered two defeats from his nine fights, although in one of them he was beating Shon Davies before being stopped by a bad cut.

His other loss saw him knocked down in the third in an incredible scrap with Nick Bellew that won undercard fight of the year in 2007.

However, Brooks, who is also an expert in Taekwondo, believes his glittering amateur career will help him defeat Hide.

“I won two Welsh amateur titles, won the four-nations and boxed in the Europeans so I had a really good amateur career,” added Brooks, who hopes to be the second Welshman to win a Prizefighter event after Gavin Rees triumphed at light-welterweights in December.

“Most of my amateur fights were stoppages and I struggled to get fights as I was stopping so many people and everyone was scared to fight me. That experience will help me a lot and I’m used to tournaments, which will help me win Prizefighter.

“Some great boxers have come from Wales so hopefully I can follow in Gavin Rees’s footsteps and do the Welsh crowd proud by winning Prizefighter.”