Irish Olympic hero Michael Conlan will return live to BoxNation when he steps into the ring for his second professional fight this Friday night.

The Belfast banger made a sensational start to his career when he dazzled in front of a sold-out partisan crowd at Madison Square Garden on St Patrick’s Day, stopping American Tim Ibarra in round three.

‘The Channel of Champions’ BoxNation will once again be the place to see the 25-year-old in LIVE action when he takes on Alfredo Chanez from the UIC Pavilion in Chicago, Illinois.

Mexican Chanez will be aiming to give the Irishman a rough introduction into the paid ranks when they square off in their six-round featherweight fight.

For his debut, Conlan was led into the ring by UFC superstar Conor McGregor, before doing his thing in the ring by out-boxing Ibarra and claiming his first win.

He will be looking to do much of the same this time around and can’t wait to impress the Chicago crowd.

“I’m delighted to be boxing in Chicago,” said Conlan. “Chicago being heavily populated with Irish, I’ve already had a huge amount of people contacting me about the fight. And for Top Rank to have me as a main event again with a fantastic undercard is great. I’m looking forward to going there and putting on a great show for the fans!”

“Michael is looking better and looking sharper in the gym. You will definitely see an even greater fighter in the ring in Chicago,” said Manny Robles, Conlan’s trainer. “Michael is eager to grow and learn each day. He understands his responsibility not only to his management and promoter but to his people and entire country. He wants to become a world champion and make his country proud. It is my job to help get him there.”

“I’m really looking forward to Michael’s next fight in Chicago. His debut was a huge success and I’m sure he will be receiving a similar reception from the Irish community in Chicago and from the Chicago fight fans,” said Matthew Macklin, a former three-time world champion challenger and Conlan’s manager. “Michael took a week off and was back in the gym sparring Jessie Magdaleno and working on all aspects of his game. He’s very much a work in progress but he has all the talent in the world and is very dedicated. I expect him to settle down more in this fight and put on a great performance.”

Jim McMunn, BoxNation Managing Director, said: “BoxNation are delighted to once again feature Michael Conlan live on the channel. He is undoubtedly one of the sport’s most popular young fighters and has the world at his feet. We are pleased that BoxNation subscribers will be able to watch his journey as he looks to make it right to the very top, continuing with Alfredo Chanez this Friday night.”

Conlan v Chanez is live on BoxNation this Friday night. Buy now at www.boxnation.com for only £12 per month with free registration (Sky customers use offer code: MAYBOXING) 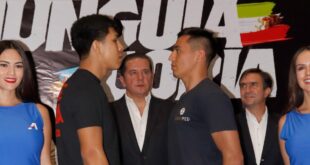 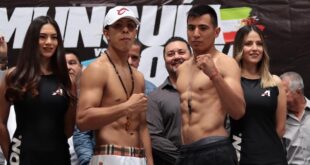 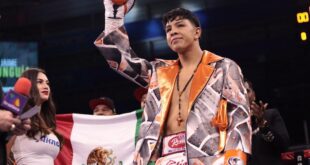