Benavidez, now based out of Seattle, is still beloved in greater Phoenix, where he was born and raised, and the 25-year-old star gave his fans the show they wanted to see. He wobbled Lemieux, a former middleweight champion himself, with a left hook in the first round. Then he unleased a flurry of punches with Lemieux ducking for cover, saved only by the end of the first round bell.

In the second round, Benavidez sent Lemieux through the ropes with another left, and the crowd roared, having already risen to its feet anticipating an exciting finish. Lemieux’s corner called for a fight stoppage that came at 1 minute, 31 seconds of the third round.

“What really makes me happy and motivates me a lot is I can bring 10,000 people into this stadium and they all came to see me,” Benavidez said. “They all left excited and happy. I’m able to give the fans the fights they want to see and the action that they want to see.”

Benavidez improved to 26-0 with 23 knockouts, and it seems only a matter of time before an even bigger fight comes his way. Lemieux is 43-5.

Nicknamed “El Bandera Roja,” his father José coined another nickname for Benavidez — The Mexican Monster. Promoter Sampson Lewkowicz said Benavidez, who became just the fourth man in super middleweight history to become a three-time world champion, has three options for his next fight in November.

They are David Morrell, Caleb Plant or Jermell Charlo, all top contenders in the division. A fight with Canelo Alvarez, who vacated the title, isn’t going to happen for the foreseeable future, Lewkowicz said.

“I’m waiting for all those top guys to send me the contract. They know what’s up. I”m right here waiting for them. I’ll put myself up against everyone. I guarantee I’m knocking everyone out,” Benavidez said.

“After the first round I was OK, he had gotten me with some good shots” Lemieux said. “I tried to come back, but he’s a very good fighter.”

The main Showtime broadcast card began with a featherweight slugfest between Luis Nuñez of the Dominican Republic and Jonathan Fierro of Mexico, with Nuñez delivering most of the power punches. One body shot lifted Fierro off the ring canvas.

But the previously 13-0 Fierro, only 18 years old, returned fire and took some big shots, lasting all 10 rounds. He just couldn’t match Nuñez’s hand speed and strength consistently, and Nuñez (17-0) won the fight on a unanimous decision though all scorecards were close.

The co-main event between super welterweights Yoelvis Gomez of Cuba and Jorge Cota of Mexico featured the knockout power of the 24-year-old Gomez and the experience of the 34-year-old Cota, who’d fought some big names in his division.

The first round ended with both fighters still throwing punches after the bell. In the third round, Gomez rocked Cota, then tossed Cota to the ring floor, prompting a warning and derisive chants from the crowd.

It was clear Gomez was the more physically strong fighter, forcing Cota into the corners and ropes multiple times. As the third round ended, Cota accidentally punched the referee in the face trying to get Gomez off of him.

In the seventh round, Cota, well behind on the scorecards, beckoned Gomez to come and fight him in one corner. Gomez smiled and laughed in the ring several times, apparently confident in his control of the bout.

Gomez staggered an exhausted and battered Cota (30-6) one more time with a right hand in the 10th and last round, and came away with a  unanimous decision to improve to 6-0 as a professional. All scorecards had him winning 100-90.

The night was also highlighted by a fight featuring former WBC welterweight champion “Vicious” Victor Ortiz, now 35 and trying to continue his comeback. Ortiz hasn’t quite been the same fighter he was since the infamous “Protect yourself at all times” incident with Floyd Mayweather Jr., in which he was knocked out by the longtime champion after trying to embrace Mayweather and dropping his hands at one point in the 2017 fight.

But Ortiz did most of the damage against journeyman Todd Manuel, despite getting knocked down with a few seconds left in the 10th and final round. Still he won a unanimous decision to improve to 33-7-3.

“This time I was in shape. I have cobwebs to shake off,” Ortiz said. “We’re at about 80, 75-ish percent. If you don’t to have a swollen face or a busted lip or something, go play basketball or some soccer.”

The first four fights of the night were over in about 40 minutes combined, including Mesa’s Micky Scala making quick work of Mike Plazola in a super welterweight bout. The contest lasted just over 90 seconds with Scala scoring the three knockdowns he needed for a stoppage of the fight.

“I wanted to go to the body early,” Scala said. “I caught him with a good right hand to the body and sat him down. I remained smart and got him out of there.”

Middleweight Elijah Garcia, who lives in Avondale, scored with hooks and jabs to the head of opponent Rowdy Montgomery, and in the third round connected with a hard shot that sent Montgomery to a knee. Moments later, Garcia got his opponent on the ropes and scored a second knockdown.

Garcia, displaying some vicious punching power, took a shot just before the end of the round, but it didn’t seem to faze him much. Completely willing to stand in and trade blows from in close, Garcia took more shots to his face in the sixth round as both fighters looked fatigued in the final round, but Garcia had enough points from the three judges for a unanimous decision victory.

“Great thing for me. Maybe we go eight (rounds) next time,” Garcia said.

Garcia said it will be his last time fighting at middleweight as he looks to move up a weight class. He plans to fight again in June or July.

Jesús Abel Ibarra, who trains in Mesa with Scala, scored a first-round TKO of Ernesto Guerrero of Mexico and improved to 14-0 with seven knockouts. The super featherweight is looking to sign with a promotion, as is Garcia.

“We’re ready to take that next step and start getting some rankings and stuff. That’s the plan. Just got to train hard and trust in God,” Ibarra said.

Get in touch with Jose Romero at Jose.Romero@gannett.com. Find him on Twitter at @RomeroJoseM. 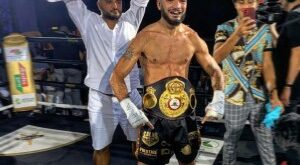 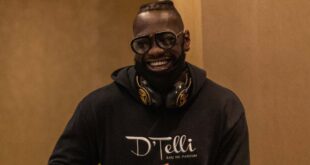 BombZquad Is Back! Deontay Wilder Speaks 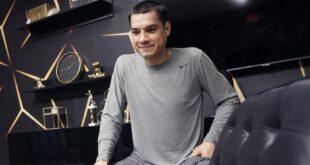 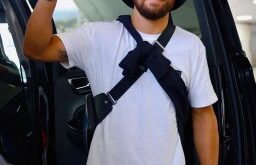 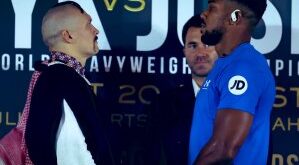 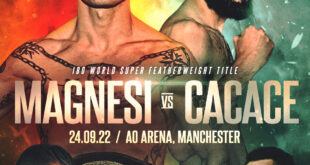