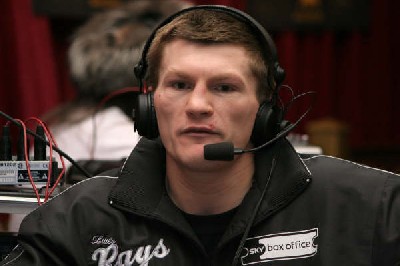 Today was cooler and a bit overcast in the city of Las Vegas, but there was nothing dull about the atmosphere in the MGM today as Ricky Hatton and his team spent time with radio broadcasters and the world's media. Ricky, Billy Graham, Kerry Kayes and Roger Mayweather all took turns to sit at each of the radio desks that were set up in the media center.

Billy Graham then spoke from the raised top table as members of the press questioned him.

Here’s what Billy had to say: