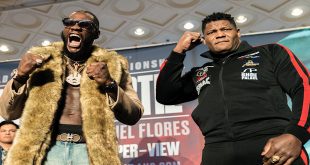 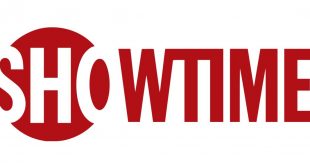 That bout, along with others to be announced, airs on the broadcast network and in Spanish on Fox Deportes, The January 23 event is the first of three PBC cards scheduled to appear on Fox in primetime during 2016.

"With the success of the PBC's Tuesday night boxing series on FS1 and Fox Deportes, we knew boxing would make a great addition to Fox alongside the Fox Sports portfolio that includes the world's premier sports properties."

Premier Boxing Champions' live boxing series "Toe To Toe Tuesdays" on FS1, and simulcast as Boxeo De Campeones on Fox Deportes, kicked off on Tuesday, Sept. 8 with 21 Tuesday shows scheduled through the end of June, 2016.

Headlining the inaugural PBC on Fox, Garcia and Guerrero are hungry to add another signature win in their respective careers. Both have fought at Staples Center previously, but this is the first time as a main event for each.

"I'm excited to be fighting in Primetime on Fox and to get back in the ring in such a big way," said Garcia. "I know people are going to say this is a Puerto Rico vs. Mexico matchup, but I fight for all Latinos and I have the fan-friendly style to back it up.

"Guerrero comes to fight and he's faced the best in the sport. This is a huge opportunity for me to show why I'm a star there's no better place to do that than in Los Angeles, where stars are born."

Garcia established himself as the preeminent boxer in the 140-pound division with major victories over Kendall Holt, Zab Judah, Amir Khan, Erik Morales, Lucas Matthysse and Lamont Peterson. A native of the fighting city of Philadelphia, Garcia last fought at Staples Center in 2011 when he defeated Holt by decision before winning his first world title in his next bout over Morales.

The 27-year-old unified titles in his next fight with a thrilling stoppage of Amir Khan in the fourth round. The undefeated Garcia worked his way up to the 147-pound division in 2015 with victories over former world champions Paulie Malignaggi and Lamont Peterson. Now he takes on his second former welterweight world champion when he faces Guerrero.

"If there ever was a fight that defined the word 'war', it's this fight," said Guerrero. "What a great way to kick-off the return of primetime boxing on Fox. I guarantee this is going to be a historic fight. A Mexican-American vs. a Puerto Rican-American, it's a bitter rivalry.

"Danny Garcia is a great champion and I know we're going to put on a tremendous show. January 23, it's going to be fireworks...and I can't wait!"

Born and raised in Gilroy, California, Guerrero has been in two exciting contests this year after defeating Aron Martinez in June and dropping an electrifying battle to Keith Thurman in the inaugural PBC event in March.

Prior to 2015, the 32-year-old has picked up victories over Andre Berto, Secluk Aydin and Michael Katsidis on his way to winning world titles in three divisions. The brawling warrior has been in several "Fight of the Year" candidates throughout his career and will hope to again invigorate fans with a thrilling battle.

"Garcia and Guerrero are two of the toughest guys in the sport today," said Tom Brown of TGB Promotions. "They leave it all in the ring every time out and they're going to give the great Los Angeles sports fans a memorable night of action. There's no better way to start off the New Year and no more-suited venue for it than Staples Center."

"We are incredibly excited to have Premier Boxing Champions back at Staples Center with a huge event featuring these two great warriors on January 23," said Lee Zeidman, President, Staples Center. "Los Angeles boxing fans are in for an amazing night of fights with a main event that will undoubtedly be action-packed."