World Boxing Association 140-pound champion Kali Reis has been prepping to play Detective Evangeline Navarro, the detective who will join Jodie Foster in the fourth season of “True Detective: Night Country” which will premiere in 2023 on HBO Max.

The Native American boxer had a great 2021 when she had her big screen debut as the lead in the independent film Catch the Fair One where she played Kaylee with enormous pride for the plot. That story directed by Josef Kubota Wladyka shed light on the fight against the trafficking and disappearance of women of which Reis has been a strong activist for many years.

That stellar role of the woman born in Providence, Rhode Island, United States, was very well received by the public and the specialized critics. So much so that she was nominated for Best Female Lead at the Indie Spirit Awards and won a special mention at the 2021 Tribeca Film Festival.

In early 2022, Reis participated in an audition for the hit HBO series: “I auditioned and caught the attention of Issa Lopez (writer/director/producer) and casting director. Honestly, the stars aligned as well as only stars can in this wonderful universe, and I landed the role! “, she expressed her excitement for this moment in time and added that “this particular character, Evangeline Navarro, is of extreme depth and I can’t wait to meet her and do her justice in this role with Issa’s incredible creative mind telling this story.”

True Detective season 4 moves to Alaska, to an Arctic research station. The protagonists must solve the local drama: the disappearance of six men. Already, with this simple idea, the series finds a new challenge for the new directors: Barry Jenkins and Issa Lopez. The duo will play True Detective: Night Country. Jodie Foster will play the lead role and Kali Reis will be her partner in the investigation: “I am honored to represent the Native American-Indian and Cape Verdean/Black communities also known as AFRO-INDIGENOUS in the show. I am even more honored to do this with these incredibly talented POWER HOUSES Issa & Jodi foster, legends! We have the opportunity to change the narrative for so much; women in general, women of color, women of authority, the LGBTQ community and it’s our time!”.

In addition to her success as an actress in 2021, Reis, successfully defended her WBA super lightweight belts and added the IBO by defeating tough Diana Prazak on points in August. And in November, in the framework of the Road to Undisputed, she added the vacant WBO crown after beating Jessica Camara.

At the moment, both her participation in that historic women’s boxing tournament, and her boxing career in general, has no new commitments in the immediate future, but she hopes to be able to return to sporting competition soon: “The newest thing about my boxing career is that it is still on hold due to health problems beyond my control. And, unfortunately, a lot is unknown. But my team is going to continue to take care of my health and my family, as well as my new career in acting.”

Meanwhile, KO Mequinonoag, enjoys her present as an actress.

Previous "I'm ready to get the job !" | Anthony Joshua speaks ahead of Usyk fight
Next The Making Of Anthony Joshua: Episode 2 | The Fire 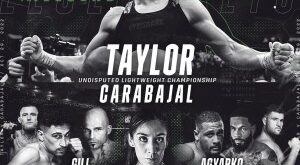 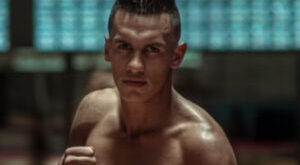 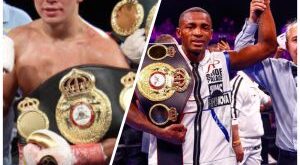 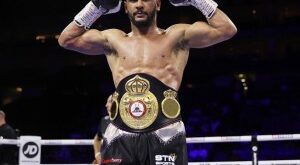 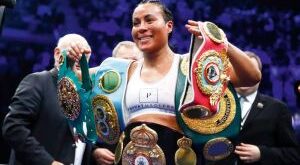 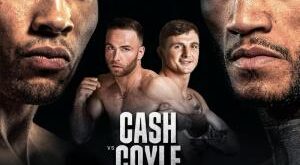